What is Self Assessment and how might it affect you as a business owner? Emily Coltman FCA, chief accountant to award-winning online accounting software provider FreeAgent, explains all. END_OF_DOCUMENT_TOKEN_TO_BE_REPLACED 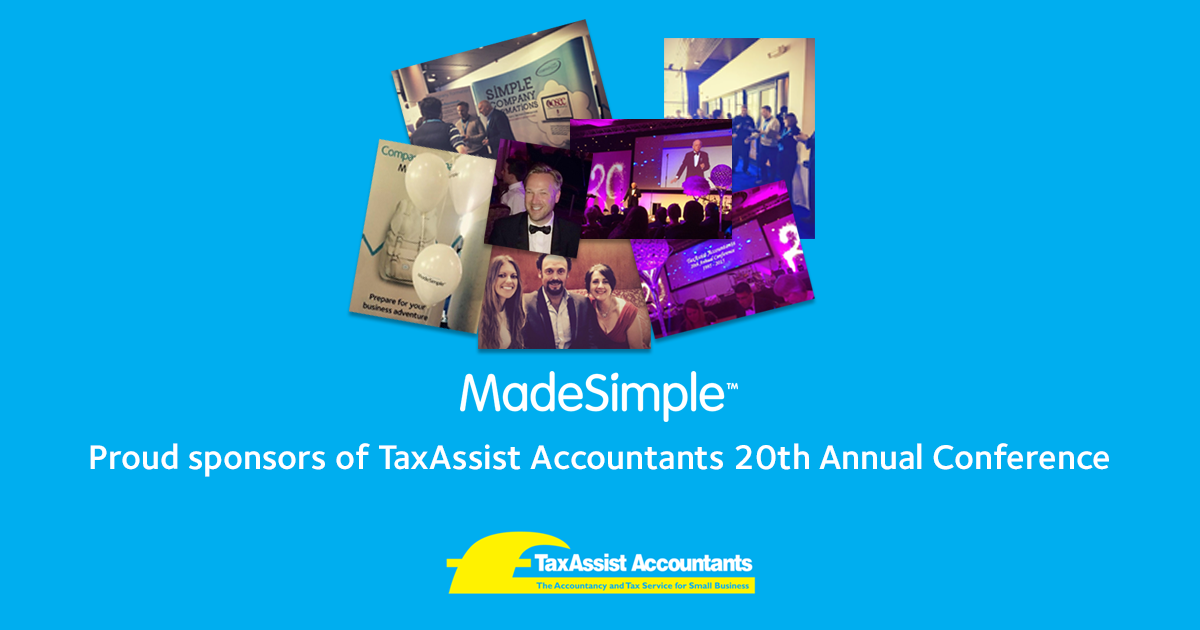 We recently attended TaxAssist’s 20th Annual Conference at the Celtic Manor in Newport where we were the Platinum sponsors. END_OF_DOCUMENT_TOKEN_TO_BE_REPLACED

A New Year should represent new aims and goals for any business. With that in mind, we thought we’d ask some of our friends and partners what they want to achieve in 2014. First up, we spoke to James Mattam, Business Development Manager at TaxAssist Accountants:

“This year, our goals will be to continue to grow the number of accountancy offices we have in the UK in order to reach more small business owners and give them the accountancy service they deserve.

Small Business confidence is on the increase and we were pleased to see the Chancellor launch some further tax breaks that small business owners need to remain competitive. We don’t want to lose this momentum as it has taken some time for small business to be recognised as the ‘Backbone of Britain’ so another goal will be to continue to raise awareness and provide further support to the small business community.

We have also identified the same desires in other countries so are exporting our business model to Canada this year and will be actively seeking partners to launch in Australia and the United States of America.”

Thanks to James for taking the time to talk with us. For more information about TaxAssist Accountants and the services that they offer, take a look at their site now!

Brought to you by Mathew Aitken at …

Find me on Google+ The Chancellor’s recent autumn statement included a number of positive announcements, particularly in the light of a better economic climate than a year ago.

Despite the unappealing prospect of people in their 20’s, 30’s and 40’s having to work longer before they get their state pension, there were some very positive announcements for families and businesses as well as some sensible details relating to the cancellation of the fuel duty increase and the introduction of an electronic system for the vehicle excise duty.

One announcement that stole many of the headlines was the introduction of a new break for employers. From April 2015, employers’ national insurance contributions will be removed altogether on a million and a half jobs for young people. The intention is to encourage businesses to employ under 21 year olds.

I applaud the Government for this initiative but am somewhat frustrated by the time scale under which it is proposed to introduce this. The legislation will not come into force until April 2015, 17 months or more after the announcement. This would be just one month before the general election which has to be held by no later than the 7th May 2015. The cynic in me sees this as a political move so that the current Government doesn’t have to bear any cost for this initiative but can champion its merits as part of its election campaign.

What would have been truly impressive would have been to introduce this initiative by April 2014. There is plenty of legislation that gets passed by Statutory Instrument and it can’t be that difficult, in these highly digitalised times, to make the required changes to the PAYE systems straight away.

Brought to you by our CEO, Howard Graham

There is an old joke that I remember being told by an accountant; END_OF_DOCUMENT_TOKEN_TO_BE_REPLACED