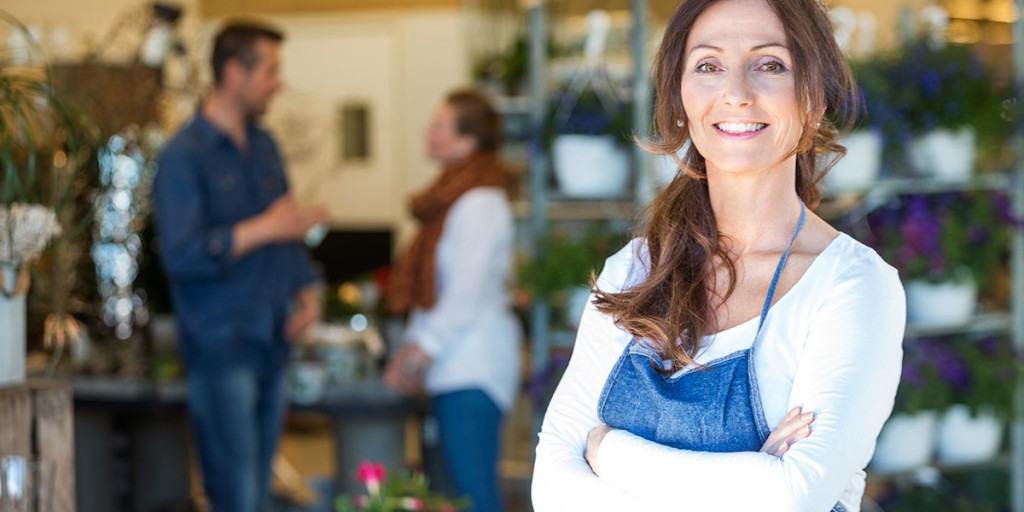 We thought we’d give Mother’s Day a ‘business spin’ by celebrating our favourite 20 female entrepreneurs. These women are all behind successful businesses that should inspire any startup. Let’s take a look, and don’t forget to share your favourites at the end. In no particular order:

Martha Lane Fox
Co-Founder of Lastminute.com and also works on a series of initiatives to help startups gain a presence online.

Elizabeth Varley
Elizabeth has worked in several small business support initiatives. Her wide interest in the tech industry saw her start The Tech Hub – which now has community spaces in six cities around the world.

Shaa Wasmund
Shaa has had fantastic success in helping establish Smarta. She has made the startup loan provider one of the most successful small business resources in the UK. She is also a social media expert and an in-demand speaker.

Karen Betts
Karen is a highly successful permanent makeup and medical tattooing expert. She has over 20 years of experience in her field and has treated high profile celebrities in her vast portfolio.

Holly Tucker
Holly is the brains behind the hugely successful unique gifts site NotontheHighStreet.com. She is also credited as a  “UK Ambassador for Creative Small Businesses” and was awarded an MBE for her services to small business and enterprise.

Julie Deane
The founder of The Cambridge Satchel Company has enjoyed huge success with her company – which was even used for a Google advert. She now has four stores in the UK and is a regular speaker at small business events.

Dessi Bell
Before setting up hot pants and health foods company Zagorra, Dessi worked as a banker in the City at JP Morgan. Her company has been hugely successful with women wanting to lose weight.

Emma Jones
Emma set up her own business during the dot-com bubble in 2000. However, it was in 2006 when she created her biggest success, Enterprise Nation – which has expanded into a massive small business community resource.

Sarah Tierney
Sarah is the CEO of We Are Colony – a successful global streaming platform. Prior to this she ran Clarity Productions which focussed on factual programming all over the world. Sarah is also a Fellow of the Royal Society of Arts.

Jenny Dawson
A former hedge fund manager and now owner of food sourcing company Rubies in the Rubble, which she started in 2011. Her company sources unsold fruit and vegetable and turns them into jams and chutneys.

Gemma Guise
Gemma started up Journolink – a PR platform that links businesses to journalists, bloggers and other prominent influencers.

Christina Richardson
Christina helped launch Openr – a disruptive marketing platform that helps measure the success of content marketing. She is also speaker and trainer at UCL and an active mentor on all things marketing.

Gemma Young
Along with her brother Paul she helped set up Settled, a sharing platform for buyers and sellers of property (cutting out the Estate Agents). She was previously an executive at Google.

Sara Bell
Sarah launched energy provider Tempus to provide an efficient cost effective alternative to the mainstream energy providers. She is a prominent critic of the traditional energy suppliers and has had exposure in national newspapers such as the Guardian.

Annabel Karmel
Annabel is a best-selling author of children’s recipe books and has also created a large range of food products. She is renowned as an expert on providing food that all the family will enjoy.

Sarah Wood
Sarah is CEO of Unruly, a very successful technology company which delivers effective video campaigns all over the world. Her company recently got bought by News International for £114 million.

Laura Tenison
The JoJo Maman Bebe founder is passionate about supporting independent, environmental and ethical businesses, tweeting about life as a woman in business and most recently her latest charity campaign #MotherToAnother.

That’s it with our list but what do you think? Did we leave anyone off? Let us know with a comment. Happy Mother’s Day!

Are you interested in starting your own business? Find out how we can help you #ChangeYourLife, see here for more information.